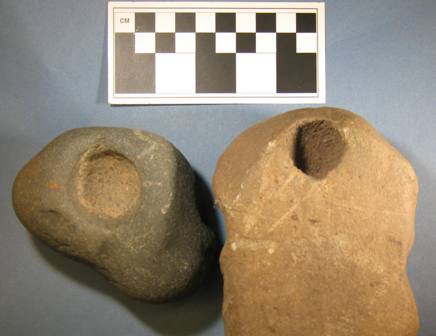 One of the most common non-artifacts shown to archaeologists are cobbles with spherical voids in them referred to by geologists as omars.  Admittedly this was also the first thing I found when I was younger that I thought might be an Indian artifact.  These are generally blue-gray to green-gray cobbles with round holes or depressions in them.  Omars are often thought to be paint pots or bases for fire starters or drills by their finders.  While they could have functioned as such, they often show no evidence of the wear or polish within the depression that such uses would have produced. 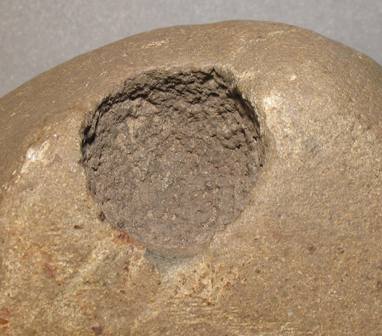 The holes are the result of the weathering of calcareous concretions from the stone.  The base stone being harder is more resistant to weathering and the softer concretions weather away leaving the spherical holes.  Here’s a link to a scientific article discussing omars and how geologists use them to track the movement of glaciers.