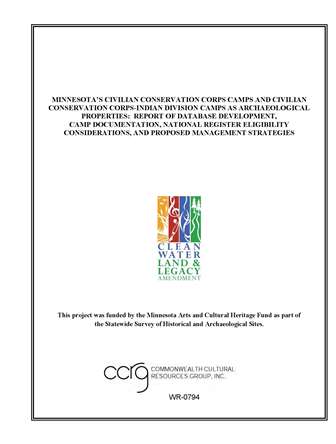 The second report, ON THE PERIPHERY?: ARCHEOLOGICAL 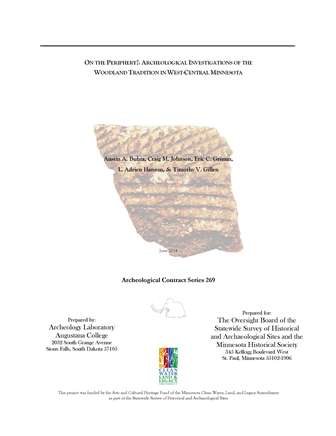 INVESTIGATIONS OF THE WOODLAND TRADITION IN WEST-CENTRAL MINNESOTA was prepared by the Archeology Laboratory at Augustana College.  The primary goal of the investigation was to expand the breadth of knowledge concerning west-central Minnesota’s Woodland tradition.  The project conducted limited test excavations at three previously identified Woodland sites and obtained a lakebed sediment core, all in Kandiyohi County.   The study also examined a series of Woodland-period ceramic collections from both the west-central Minnesota study area and the broader region.  Results of the study suggest that the occupants of west-central Minnesota during the Woodland period had closer ties to peoples in eastern, rather than southwestern, Minnesota.  Click here to download.

Both reports are heavily illustrated, however these public versions have been edited to reduce their file size to make them faster to download.  Editing removed some of the appendices and exact site location information.  Complete versions are available from the OSA.